You Are Here: Home » Health » How To Protect Yourself And Your Child From Stinging Insects

How To Protect Yourself And Your Child From Stinging Insects

Stinging insects not only deliver painful bites, but many species can also cause serious health problems. These creatures can be […]

Stinging insects not only deliver painful bites, but many species can also cause serious health problems.

These creatures can be found in so many places, and since their primary habitats continue to be disturbed by man and development, it’s become more common for insects and other animals to seek shelter in man-made structures.

Two examples of these stinging creatures are bees and wasps, which are notorious stingers especially if they believe that they’re territory is being breached.

Another dreaded stinger is the scorpion, which doesn’t actually go in pursuit of human victims.

However, they will sting if disturbed or if they accidentally come in contact with people.

It is very important to protect yourself and most especially your kids from stinging insects because the stings are painful.

More importantly, some adults and children are allergic to insect stings, and they will need emergency care if the allergic reaction becomes very serious.

1. Don’t attract insects. The kind of clothes you wear and your scent can easily attract all sorts of bugs.

Wear clothing that will cover the arms and legs when hiking or picnicking in areas where there are lots of insects.

If the neck area is exposed, wear a neckerchief to protect the neck, and be sure to tuck pants inside your socks so that crawling creatures won’t be able to get inside your pants.

The CDC (Centers for Disease Control) also suggests that clean clothing must be worn and that the wearer must take a bath regularly as sweat could anger bees.

2. Avoid staying in areas where there are flowers in bloom. Bees are particularly active in such places because they harvest nectar from flowers. 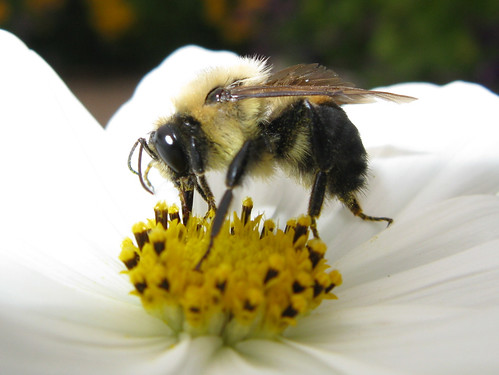 3. If you live in a region where stinging insects abound, place screens on doors and windows. Exclusion is one of the best ways to keep your home protected from these creepy-crawlies.

Also, make sure to cover up holes or caulk gaps so that there is really no way for small creatures to come inside your house.

4. Cover a baby’s crib with a mosquito net and put the crib’s legs inside glass jars. There have been cases of scorpions climbing inside cribs, and this is one way to avoid these types of incidents.

Use glass jars that have wide mouths, and pull the crib away from the wall too.

What to Do If Attacked

Most stinging insects, especially bees and wasps, do attack when they feel threatened or when aggravated. So, what do you do? First, run away from the creatures.

Go indoors. If there isn’t a structure nearby, escape to a shaded place. Don’t flee to an open area since the insects can easily see you there and hone in on you.

Also, don’t imitate people in television shows or movies that jump into water to lose or deter flying, stinging insects. This won’t work particularly if you’re being chased by Africanized honey bees.

These bees will hover above the water and wait for you to surface.

Claire Brent has been writing about preventive pest control in Texas for many years.

Her goal is to provide people with information about how they can better protect themselves and their properties from common household pests.