You Are Here: Home » Health » Signs That You’re Over Stressed

Signs That You’re Over Stressed

Stress can be a lot like that. Whether it’s coming from your work, your family life or elsewhere, stress can creep up on you so gradually that don’t notice it – all the signs are there, but after a while they’ve been there so long that you just accept them as normal.

But over a certain level stress isn’t normal, and can be incredibly damaging. Here are a few signs to look out for: 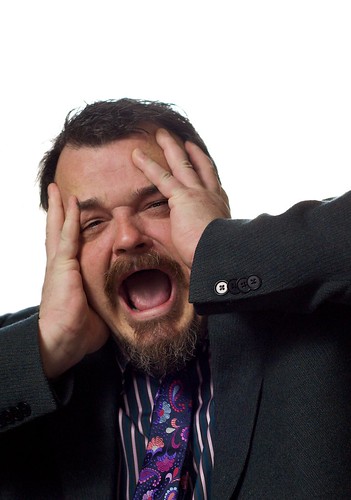 Vomiting
Throwing up on a regular basis is never a good sign, and it’s possibly a symptom of “cyclic vomiting syndrome”, where people experience vomiting and nausea for extended periods, often as a result of prolonged stress or anxiety.

Hair Loss
Yes, it’s a cliché, and medications or genetics can also play a role, but there is a link between stress and hair loss. The condition is called alopecia areata,, which is an autoimmune disorder that occurs when white blood cells attack the hair follicles, causing the hair to fall out.

Telogen effluvium is another example of a condition that can cause extreme hair loss, which is itself triggered by stress. It can occur months after a stress event, such as a bereavement or childbirth. However this is a problem that can correct itself once conditions improve.

Weakened Immunity
Why does it seem that a cold or flu bug always gets you at the absolutely worst possible time? Well it’s probably not a coincidence. Stress can trigger catecholemines, the hormones that are supposed to regulate your immune system, so if the stress is lasting longer than, say, the time it takes to run away from a sabre-toothed tiger, this hormone can be less effective. Studies have also suggested that stress can shrink the thymus gland, which produces the white blood cells you need to fight off disease.

Weird or Recurring Dreams
Often when we’re stressed we end up using the time we spend asleep to process it. This can result in much more vivid and usually unpleasant dreams that usually involved not-very-well-masked-metaphors for just what it is that’s stressing you out.

Tight Muscles
When we say that somebody is “tense” that isn’t a metaphor. When you get stressed your muscles will often literally tense up, which as you can imagine, if you’re doing for a long time is going to create some pain. Pain does not help with the stress.

If you’re experiencing one or more of these it’s probably a good idea to see a doctor, counsellor or psychotherapist in London or wherever you live. You’ll feel much better for it.