You Are Here: Home » Travel » The World’s Best Winter Wonderlands

If you’re fed up of beach holidays why not turn your holiday on its head and embrace the cold? Winter […]

If you’re fed up of beach holidays why not turn your holiday on its head and embrace the cold? Winter holidays are not only a chance to build snowmen and have snowballs fights and but are also a chance to explore landscapes from a different perspective: there’s nothing quite so life-affirming as taking a walk in crisp morning snow with blue skies overhead or drinking a cup of hot chocolate on the top of a mountain and admiring the views.

And of course, a winter holiday don’t have to just mean skiing, there are plenty of other cheek-reddening cold-weather pursuits that make the most of the white stuff, with husky safaris, show-shoeing, winter walking, tobogganing – even staying in a igloo – among the list of possibilities. For the world’s best winter wonderlands, try the following destinations. 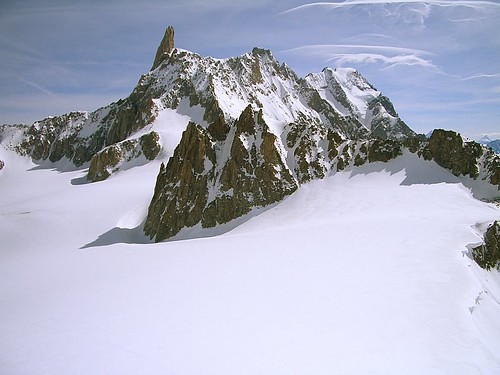 Chamonix, France
Since it hosted the 1924 Olympic Games, Chamonix has been seen as many as the winter sports capital and there are plenty of things to do including snowshoeing along the sunny paths of Brevent and La Flegere, a visit to the alpine museum, or a trip to the top of the Aigulle du Midi cablecar to gaze over stunning views of Mont Blanc.

Niseko, Japan
With staggering views of the stunning nearby volcanoes, the Onsen thermal baths channel naturally heated volcanic spring water into public pools. A perfect way to relax and unwind while skiers in the family make the most of the awesome slopes nearby.

Tartas, Slovakia
Away from the masses, Slovakia is a hidden gem for winter holidays, offering the usual skiing and snowboarding along with snowshoeing and dogsledding. By day enjoy the snow, by night discover the charming Slovakian culture.

The awesome natural spectacle of the Northern Lights is up there in the travel bucket list and rightly so: on a good night the Aurora Borealis is like a disco in the sky, a mesmerising display of green, blue, orange and pink swirls dancing in the dark.  A hotbed of geothermal; activity, Iceland also promises waterfalls, volcanoes and lagoons aplenty.

With glaciers, lakes and mountains punctuating Alaska’s vast geography, Alaska tours are the best way to explore America’s wildest and most spectacular state. Watch whales in the wild around Prince William Sound or exploreKatmai National Park to spot bears – in very few other places in the world can you safely view Coastal Brown Bears in such close proximity.

Spitzbergen, Norway
Spitzbergen sits high up above Norwegian Arctic Circle and is wonderful place for wildlife fans with polar bears, walruses and Arctic Foxes among the cast of characters, plus a mind-blowing backdrop of glaciers, icebergs and Arctic tundra.

The best way to experience Finland isn’t by skis, but by traditional reindeer husky sled. Reindeer sleigh rides and dogsled safaris are popular experiences here and make a great way to explore the surrounding Narnia landscapes.

Have a night to remember in Sweden’s Ice Hotel, your very own room in an igloo. The crystal-clear ice from the nearby River Torne provides a spectacularly unique design each year, and the unique hotel has been running for over 15 years. And this being the home of Father Christmas, you can wake up and go in search of Rudolf.

Panorama, Canada
Set in the heart of the scenic Kootenay Rockies, this family-favourite ski in-ski out affair caters for all tastes with dog sledding, tobogganing, sleigh rides and mountain treasure hunts on the tick list of activities. Canada is home to the legendary snow-sure resorts of Whistler and Vail too, so head further afield to explore the best of Canada’s powder-sure slopes.