You Are Here: Home » Travel » Where To Spot A UFO In The USA

Where To Spot A UFO In The USA

Questions around the existence of extraterrestrial life have been a major part of American culture for decades. The fifties saw […]

Questions around the existence of extraterrestrial life have been a major part of American culture for decades. The fifties saw interest peak, with paranoia high during the Cold War when lots of new aircraft and weaponry were being tested in deepest secrecy, as did the sixties, with space exploration becoming a reality and sci-fi stories taking a leap forward. And then in the nineties, the X-Files became a massive global hit and gave many sceptics food for thought.

UFO-hunting has long been a craze, with strange lights and other phenomena reported frequently all round the country. Of course a lot of them are hoaxes, or easily disprovable mistakes. But thousands of people every year visit parts of the USA in the hope of setting eyes on a little green man. If you’d like to join them, here’s the five states which have the most sightings per person. As might be expected, UFOs do seem drawn to wide open spaces. 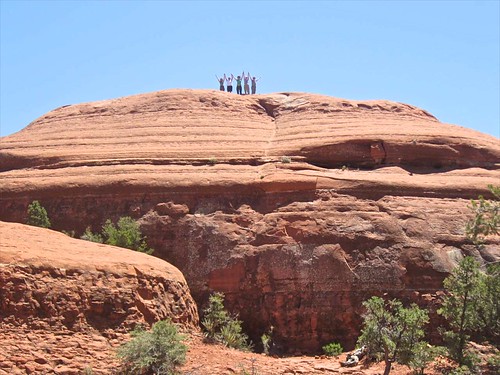 The town of Phoenix apparently reports more UFOs than any other town or city in the world. Many referred to the “Phoenix Lights”, a grouping of sightings by several people at the same time, that took place in 1997 and has never been satisfactorily explained. Descriptions vary, but a common theme is five bright lights arranged in a V-formation. Even the state governor at the time witnessed the craft, and called it “otherwordly”. The mystery is compounded by the disappearance of four young men out off-roading around the same time, who have never been found.

Phoenix itself has a lot to offer the UFO-hunter on a break from the binoculars, including some great hikes, plenty of golfing, and a thriving local art scene.

UFO sightings in Colorado are so prolific that a tower has been erected near the town of Hooper to help people get a good view. A couple of years ago, a video of three apparently disconnected red lights floating around the night sky in Boulder City made the national news. Are there aliens here? Well there are definitely a lot of military bases, so that maybe gives a clue.

Assuming you don’t get abducted and probed on arrival, Colorado is a great place for foodies, with Boulder and Denver both having some fantastic farmers’ markets and restaurants. It’s also fun to take a tour to many of the locations where famous Westerns were shot.

The town of McMinnville in Oregon is a mecca for true believers. It was here in the 50s that a farming couple called the Trents took a famous photograph of a circular UFO, that has been the subject of intense debate ever since. Although it has convinced many of the existence of aliens, the prevailing theory is that this photo was a very successful hoax. Nevertheless, a UFO festival, one of the country’s largest, takes places here annually.

Oregon is a beautiful state, with an incredibly varied landscape. As such, it’s exceptional territory for hikers, and for those who like their America weird, like most UFO-hunters presumably, the city of Portland is legendary.

If you search the databases of either the Mutual UFO Network, or the National UFO Reporting Network, you will find abundant cases of flashing orbs in the Indiana sky. Spielberg’s alien classic Close Encounters was based here, and has clearly taken root in the public mindset.

The capital, Indianapolis, has six distinct cultural centres all linked by a pleasant cycle trail. If you don’t get to see a UFO, this will probably ease with the disappointment.

One of the most well-known UFO stories is that of the alien autopsy in Roswell, New Mexico. But a few years previously in a town called Cape Girardeau, Missouri, a chaplain was apparently once asked to give the last rites to three human-like, but not human, forms. Why the military thought this necessary is, of course, a mystery.

Missouri is a great location for holidays for singles, if you hire car to explore. Some mad theme parks, fantastic museums and galleries to explore, and much of middle America’s most charming scenery.